Have you ever watched children playing and observed their love for the outdoors? Seen what fascinates them and holds their interest? “You can tell who would make a good Search and Rescue member one day,” says Rick Barsky. “I hope I’m encouraging the next generation.” 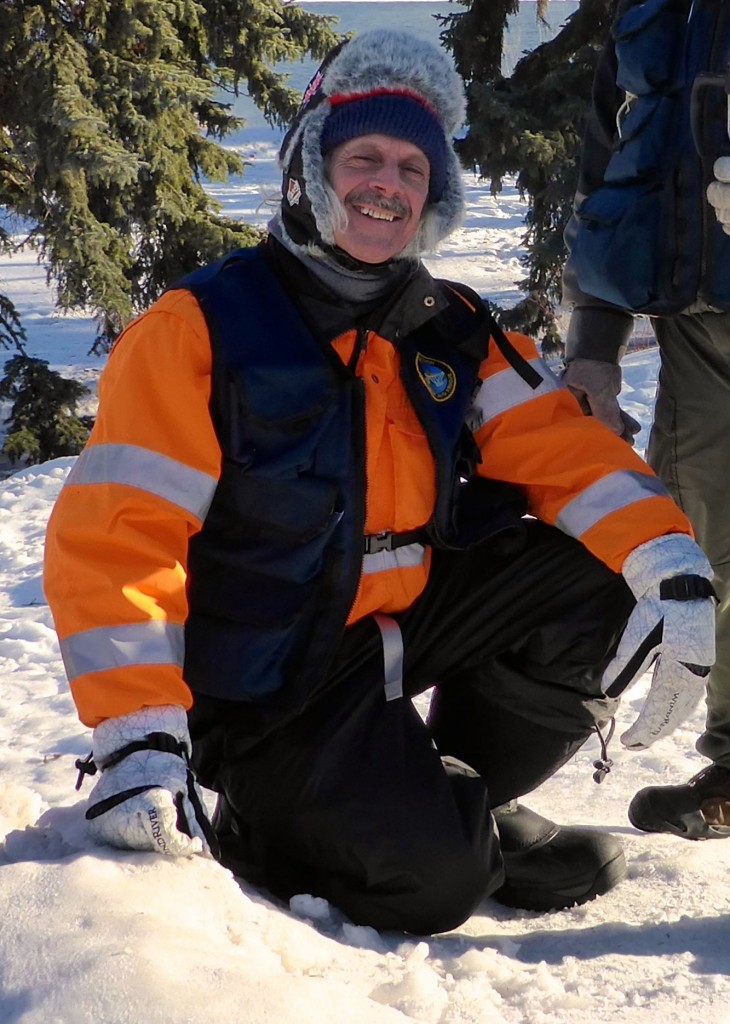 After 25 years working and owning a business in the photofinishing industry, Rick took a year off, got a student loan, went back to school and entered a whole new profession. As an Educational Assistant in the Saskatoon Public School Division for the past 15 years, Rick works with pre-kindergarten and special needs children at King George and Caswell Hill.

But Rick was no stranger to working with children. While his own children, Simon and Lisa, were growing up, he and his wife, Irene, had an acreage situated between the Scout Camp and the Girl Guide Camp near Pike Lake. It was the perfect location for getting the kids involved in these two outdoor-based organizations and for Rick to become a Scout Leader.

Rick is a First Responder in the Pike Lake area and became a member of Saskatoon Search and Rescue (SSAR) shortly after its inception in 2008. He has enjoyed seeing SSAR develop and grow into a cohesive group of people focused on training and professionalism yet maintaining a social atmosphere.

One of the highlights of SSAR training for Rick was the Level 1 Tracking Course; looking at human behavior, learning about sign cutting and searching for clues. The course was particularly memorable because Rick had a broken foot in a cast and was hobbling around on crutches, making it somewhat more difficult and unwieldy to try to follow a track.

Maybe breaking a foot is why Rick believes a good pair of boots is the most essential gear for search and rescue. “Protect your feet at all costs!” he says.

Not surprisingly, given he worked in the field for 25 years, Rick has enjoyed photography all his life. He got his first camera when he was 13 and while other kids his age were taking photos of their friends, he was more into the abstract and interested in how people look at things. Perhaps we can convince him to put one of his favorite photographs in our fundraiser next year!