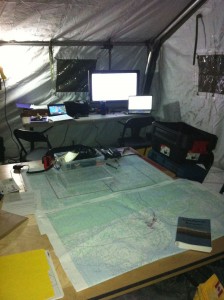 Jeff’s roles included Search Manager and Exercise Director. In addition to planning appropriate search tasks to fit the scenarios and briefing the teams, he also coordinated the actors and other agency players. There were 40 course candidates and about 20 instructors, logistics support personnel and actors who took part in the exercise.

The search exercise started on February 17th with classroom review of a distance learning package, tabletop exercises and the setup of the search camp. The field portion started at midnight and ran through to midnight on February 20th.

The exercise was comprised of four 18-hour scenarios with two scenarios running concurrently. Teams worked on 6-hour operational cycles and were briefed into and out of scenarios as the exercise progressed. Each scenario was run twice to give all teams an opportunity to participate in every scenario. Scenarios were designed to give teams an opportunity to practice different types of searches, casualty handling/transport, evidence collection and handling, and navigation. All scenarios were at actual scale up to 50km from the Command Post and had live subjects. 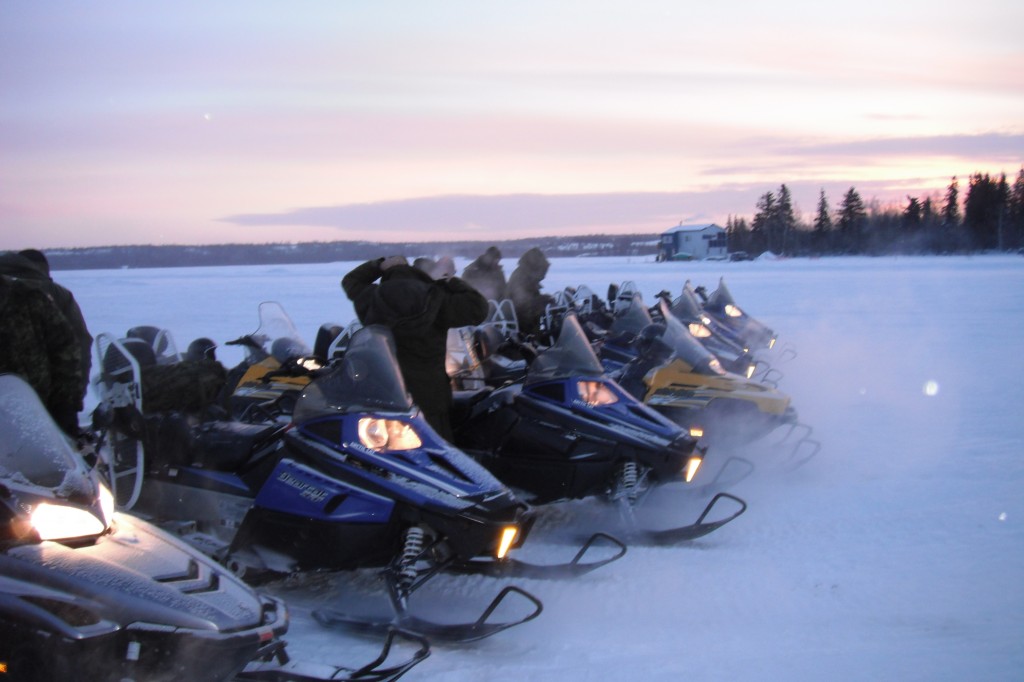 Although it was a very long and challenging four days trying to keep up with unexpected events (like searchers missing the “can’t be missed” stranded subject 30km from town) and cold (when one of the logistics support people filled the gas generator with diesel), Jeff says that overall it was a fantastic and challenging exercise with great buy-in from participants, organizers and other agencies. 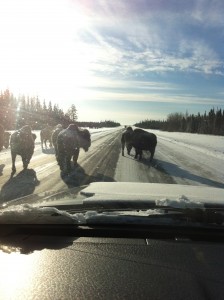 A new item to add to our Hazard Identification List? 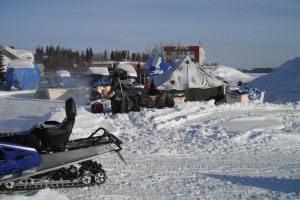 Overall view of the area around the Command Post