Kent and I started by leaving Saskatoon on Friday night. The drive there was okay; the roads were pretty good. Well, except for the stretch of “travel not recommended” where we were driving 50 km/hr on the highway. But I wasn’t driving so I thought it was grand. 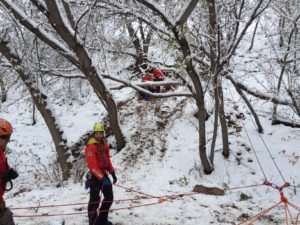 We arrived at our hotel a little while after midnight and you just could tell there was something SAR related going on. We weren’t even staying at the conference hotel but the number of vehicles that were obviously connected to SAR was somewhat surprising for me. Be it trucks, jeeps, or SUVs marked with “SAR” logos on them, there were a lot of people here for SARscene 2016.

The next day started not at the conference hotel, but in one of the downtown parks. I don’t remember which one because again Kent was driving, which was great, but it felt surprisingly remote for being in the middle of Edmonton.

At the park, CAN-TF2 (one of Canada’s Heavy Urban SAR teams) had set up some of their emergency shelter/structures and was showing off some gear. Also, their tents were heated—which was nice given the winter weather. There were about a half-dozen AdventureSmart tents with each of the AdventureSmart sub-types (PaddleSmart, Hug-A-Tree, Survive Outside, SOS – make the right call, etc.). Further into the park there were some SAR skills demos—like the high angle rope rescue session that Rocky Mountain SAR presented. It was very impressive. 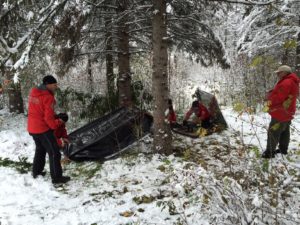 Finally, there were the SAR games where various teams competed against each other in a series of SAR-related challenges. For example, one challenge was to build a shelter and fire with the provided supplies. Meanwhile the team also had to boil water, use it to boil an egg and then eat the egg (to prove it was cooked). Oh, and there was a time limit. It really reminded me of our winter training field days. I think we could have represented Saskatoon well had we put a team in.

Sadly we didn’t watch the whole day as we ended up leaving to go find lunch and then ended up at MEC which is an entirely other story. I mean, the only thing I bought was an admittedly large first aid kit—I won’t talk about what Kent bought.

I won’t go into too much detail about the tradeshow except to say that there were lots of cool looking toys—err, tools, that I now want. 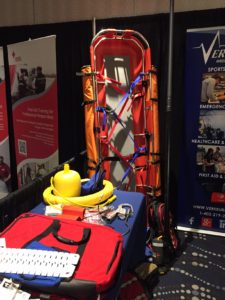 Exhibit at the Trade Show.

Beyond the field day and the conference sessions, there was a great deal of networking and chatting and just discussing Search and Rescue with like-minded individuals. I got to talk to members of other chapters who also have concerns over members’ attendance at training sessions or that wonder why they don’t get activated more often. Kent got to talk to ‘the guy’ who literally wrote the book on Lost Person Behavior.

I think perhaps the best thing I can say about attending SARscene2016 is that it made me aware of just how much more I have to learn about SAR—and made me excited to learn it. 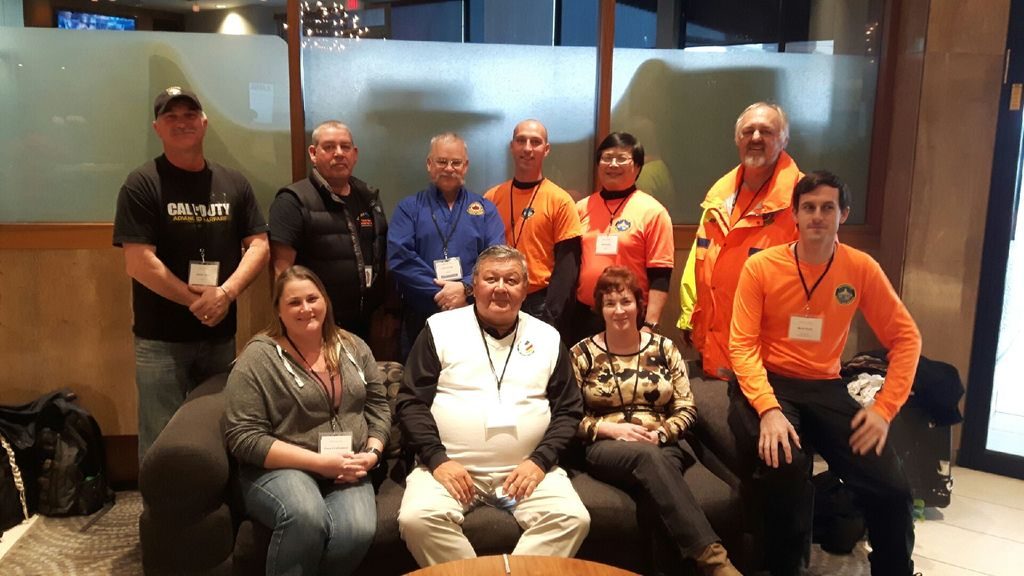