My Favorite Piece of Equipment

Written by Mark Wells
I was originally planning to write an article about some new piece of cool gear. There are always new camping gadgets that look cool. But instead I’ve decided to review one of my favorite pieces of gear that I already own: my JetBoil. There are actually several models of JetBoil that have slight differences — I’ve got the Flash (ie: the original one). Essentially, it is an integrated camp stove and pot system. 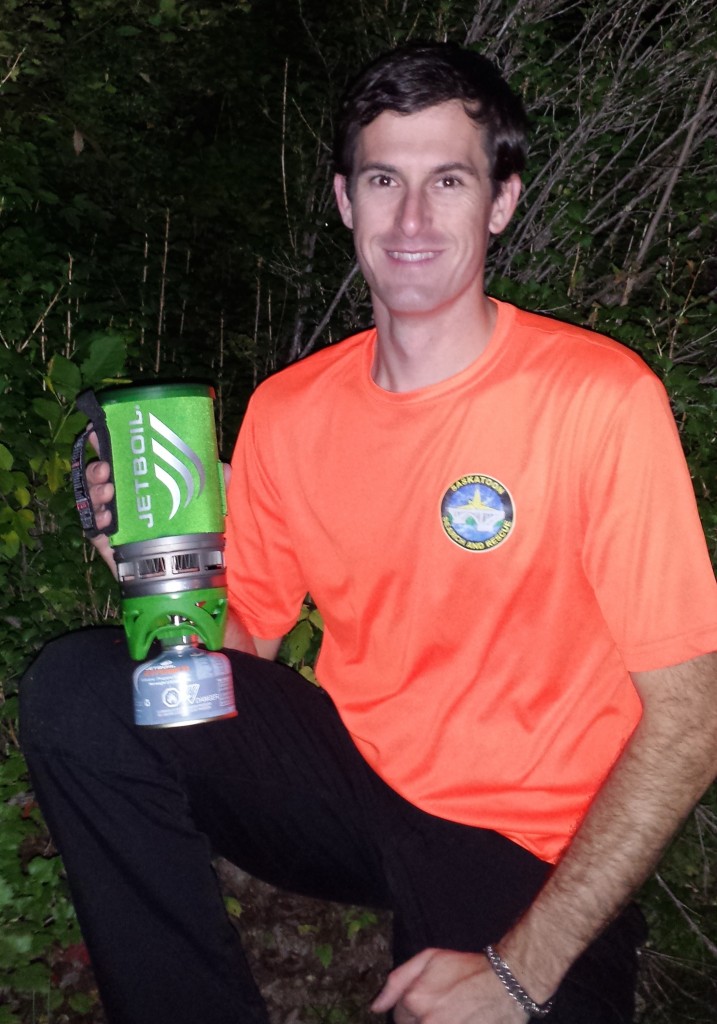 Why do I love it:

– It’s small and space efficient (9.5x18cm) – the insulated pot itself holds the burner, a fuel canister, an adapter for other pots, and a little tripod stand to stabilize the setup.
– It’s easy to set up and use – the pieces slide/click together and then you just turn on the fuel and press a button to light it.
– It’s fast – JetBoil’s website claims “just over 2 minutes” to boil 0.5L of water. I don’t know if it’s quite that fast, but it is pretty quick.
– Other nice features to note: the pot is insulated (meaning you can hold the hot pot with your bare hands), the insulating layer has a heat activated color-changing indicator that shows you it is just about to boil, it has a lid with a sipping/pouring spout, the bottom cover doubles as a measuring cup, there is an adapter which allows you to use other cookware on the burner.

– It’s hard to do much other than boil water – the 1L pot is theoretically only supposed to have 0.5L of water in it (not saying I haven’t boiled more than that at once), and it’s a deep pot, so stirring much of anything is a little awkward. It doesn’t really do simmer too well either.

– Limited fuel options – it takes propane/isobutane blend canister fuel, that’s pretty much it and it’s not as easily available as some other fuels.

– I’ve never personally had much trouble with it, but in cold weather the fuel canisters don’t necessarily work as well as they ought to. But they are selling a 4-season blend now, which may alleviate this problem.

– Over time the insulating sleeve gets a little loose and the bottom cover/cup cracked a bit.

Overall, I love the stove and would recommend it to most people. Want to see it in action? Just ask me to show it to you any field day when we have 24-hr packs — I always pack it.